Life in the KoN 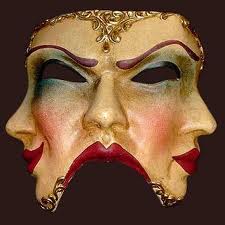 
Titus 3 10-11:
10 Warn divisive people once, and then warn them a second time. After that, have nothing to do with them. 11 You may be sure that such people are warped and sinful; they are self-condemned.


GOD has placed it on my heart to pray that the Demon Dad's and Momster's stronghold over my BIL and Sister will be broken through spiritual discernment and to talk to my BIL and Sister one more time and show them the Demon Dad's last message to us to show them his Evil Nature to hurt us and that he is deceiving them with his Counterfeit Remorse, because a Person who has Authentic & True Remorse would not say such hurtful & antagonistic things. If they can not see he is deceiving them, and they refuse to see the Demon Dad's True Evil Nature, then there is nothing more we can do and will continue to pray that the Psycho Parents Grand Illusion will be broken through Spiritual Discernment.


The Demon Dad's last wicked message included a statement about my BIL and Sister's Minds and Hearts being open to him, unlike ours that remain closed. The Demon Dad's words were meant to hurt, but instead revealed his deception over them, and time will only tell if what the Demon Dad has foretold will remain true. Are my BIL's & Sister's Hearts and Mind open to the Demon Dad? Are their minds warped? Is the reason they refuse to see the Demon Dad's Evil Nature because they are Damaged or Disordered? My BIL and Sister have changed since they have had contact with the Demon Dad. They have repeatedly betrayed my DH and I. Is their betrayal, their sin because they are being transformed or is their evil nature being revealed?
They think they are going to change the Demon Dad, that they have the power to change pure Evil through their Cheap Premature Forgiveness, but they are not changing the Demon Dad to be more like them, but rather the Demon Dad is changing them to be more like him. They are truly being self-condemned.
Please pray that my BIL & Sister's Hearts and Minds will be closed to the Demon Dad and open to us or better yet to God so that they can see the Truth and the Truth will set them Free -- especially when it comes from God and they accept it. That GOD's Word will take root in their lives and set them free from the Psycho Parents KoNs. That healing can happen between my BIL & Sister and my DH and myself. Pray that we can reverse this curse. Thank You for your prayers.
May the Lord bless you were ever you are at on your Life Journey.
There comes a time in our Healing Journey to Move On from the Pain of the Past. Moving On is a Process too that begins with little steps or small movements from a Crawl to a Walk to a Run. We will all reach this point in our own time in our own way. For me it is about having a Future that is Larger, Greater, and more Powerful than the Past. It is about having a Vision, a Mission, and a Dream much Much MUCH Bigger than myself. Here is my Small Movement focusing on Restoring Hope by Giving Dreams Wings,
Click Here.
If this chapter in my Life has made a positive impact or the Story of Self-Care is like Riding a Bike has blessed you, or any other chapters in the Journey of Letting Go has made a positive difference and you would like to also Share It Forward and Help bring Hope any donation will help to change one Life at a time. No donation is too small, and every bit helps. And the Lord will say to us, Thank You for giving me Hope and we will say to Him, Lord when were you without Hope? And the Lord will say when you restored hope by Giving Dreams Wings what you did for them, you did for Me. Thank You & GOD bless your Compassionate Heart, Generous Soul, and Loving Spirit.
(you can donate at the top of the blog in the upper right hand corner)
Please pray for  Giving Dreams Wings and [SHARE] our Facebook page with your Friends & Family and encourage them to do the same, and we can all help Restore Hope by Giving Dreams Wings.
Posted by Soaring Dove is Letting Go at 9:54 AM

The paypal link goes to Women of Worth, because we are the founders & primary sponsors of Giving Dreams Wings. We need your help and other sponsors too, so that we can bless others in need. If what I shared with you has helped you in any way, please donate to Giving Dreams Wings to show your appreciation. Thank You for helping others.